Russia had taken his infant brother and was living on the streets of Vyshny Volochek, in the Tver Oblast Region of Russia. His beloved mother had been murdered by his step father, he did not know his own birth father or that family, his grandmother died very soon after his mother's murder. He did what any other person would try to do. He attempted to keep his only family together...at the age of nine.
~
It was the beginning of Winter when he took to the streets with his brother. There was no way he could have known this was a bad mistake. Russia used his instincts for survival. His fortitude was great, but the elements were far more than the small boys could bare. A baby taking care of a baby. It breaks my heart to think about it. There is some uncertainty about how long the boys were living on the streets and how they ended up at the hospital, but what is utterly clear is that both the boys arrived at the local hospital close to death. They were suffering from hypothermia, dysentery, malnutrition, and exhaustion.
~
The boys were separated to different wards. Russia was too sick to visit "his baby" and as you can imagine this upset him greatly. He became uncontrollable and violent. He would break free from the different attempts to secure him away from the only family he had remaining. Instead of fighting with him, if someone had realized he might calm down if he could visit with his only living sibling, things might have gone better, but they did not. There were no child social workers or advocates at this time...the cold war in Russia had left cold hearts and a cold society. There was little love, caring, and compassion. There was no communication, especially to a child. Did they not realize that Russia had lost his childhood when his mother was murdered? He had grown into a miniature adult only equipped for survival with the heart of a fighter. No one seemed to care. There was no holding of scared hands. There was no wiping away of tears. There was no explaining of future plans for Russia and his baby brother.

After the boys healed physically, they were released from the hospital, but not to be together. Russia was sent to a "boarding school" which is a long term care facility for older children without parental care and his baby brother was sent to a Baby House in Vyshny Volochek. Their contact was cut off. No visitation was allowed. Russia had no information of what was to happen. He could not see his brother. This threw him into the depths of depression and despair. He refused to have anything to do with anything. If he could not be with his brother, than he wanted to die. He was uncontrollable and very hard to handle. Russia reports that the only thing left for the caretakers at the boarding school to do was to physically restrain him....meaning, he was tied up. after numerous attempts to escape, he was eventually locked up as well. 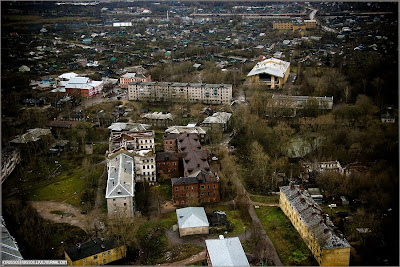 Sometime later, he was told that he was to be adopted. He did not understand. He was not told that he would be adopted with his brother. He refused. He wanted to die, he told the workers. He spat at them. He kicked them. He hit them. He was angry and wanted nothing to do with anyone. All he wanted was his little brother.

Meanwhile, in the United States, there was a childless couple that wanted to be parents in the worst way. They had the careers, they had the beautiful home, they had it all...except for the sounds of laughter and little feet running through the hallways of their lives. Adopting a baby in Russia would make their hearts sing. It would not only be good for the child, but it would end the longing and heartache for a family for them. This couple would do anything that they needed to do to be a family. Once they received the call of an available baby, they packed their bags and left for Russia to begin the process of bringing a baby home. They assumed there was one baby...the baby that Russia had saved...his little brother.

Were they to be split up? Could this couple take the baby, yet leave the brother remaining in Russia? Do you know what the survival rate is for children remaining in Russia? Do you know what happens to the un-adopted children of Russia? We will discuss this and more in the coming weeks. It is more than enough information to completely break my heart. It is awful. I am left appalled that the plight and condition of the typical Russian Orphan is not talked about more...That more can not be done to help these lost children. I am just so grateful that "they" got out. I am glad they were able to grow in the wonderful men they are today. Their mother would have been so proud. I like to think she is smiling down upon them....wrapping her angelic arms around them, kissing them in her embrace. Doing what a mother does. Sacrificing herself for her children. She gave them a better life by not being in theirs. Few people are capable of wrapping their brains around that concept. I for one, can.

The photos are of Vyshny Volochek today. They were found on Google Images. It was difficult to sit with Russia as we looked at these images, but he knows that releasing this story is cathartic and healing for his heart.

This is Home Girl and I am so blessed.

Amazing what he's been through and survived. I hope life continues to get only better for Russia - and you, Marlene.

What a fascinating, yet sad story.

All I can say is I'm looking forward to reading more about his journey!

My son is from Vyshny Volovhek as well. My heart is filled with joy that Russia and his baby were able to find a loving family.