His Russian Heritage; An Adoption Story

Do you know who you are? I don't mean who you "are", but more like "who" you are. I do, as I am sure most of you do. We know who birthed us, where those branches of lineage sprout from...we know how twisted and knotted the family bush can be, but have you ever realized that there are many people who do not even have primary heritage information. There's nothing. Nada. Nope. Cold Case. How would you feel about that?
~
"silence"
~
(I am not really comfortable telling someones story, so please bare with me as I muddle my way through this somehow.)
~
Russia has asked me to share his story. His adoption story. Russia, as you might know is my fiance'. He makes my world such a wonderful place to be and our bond is stronger because of the experiences we have shared together. We are family...there is no doubt about that.
~
First off, take a look at this photo. ( I know!!! I love his lips...just love them.) 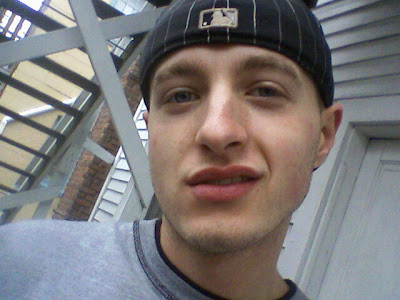 Now, take a look at this photo. This is Princess Irina Alexandrovna Romanoff. There's quite a resemblance, huh? 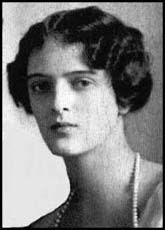 But...we may never know if there is a true family linkage. Russia was born in Vyshny Volochek, a town in the Tver Oblast Region of Russia in the early 1980's to unmarried parents. He was given a traditional Russian name. He lived in a tiny room with his Babushka (grandmother), his Mama, and his Dyehushka or Dyed (grandfather). Life was very hard...so much harder than you or I could ever imagine. There was hardly any food, work was hard to come by in this dying textile manufacturing town, and water had to be retrieved at a communal pump on the street. Heat was a wood stove. There was little insulation in the apartment walls and it was above par if there was glass in the window panes. The average winter temperature in this region is 22 degrees.
~
I have no way of putting myself mentally in that kind of circumstance...I just know from talking with Russia at length, that it was the poorest of poor...that when people complain of their situation in America, it makes him so upset...he knew utter devastation..it was his every day life. There had been no bombings yet the region looks shell shocked. Christmas was never a holiday to be celebrated with presents and the groaning boards of a table full of food. If it was an exceptional year, he may have gotten a piece of candy. A. piece. of. candy.
~
Russia's mother married a man who had fathered Russia's little brother (we shall call him The Good Catholic Boy). Russia remembered alcohol (typically Vodka) being served for warmth and consumption. He remembers beatings and yelling. He rarely slept at night after the birth of his brother when he was only eight. Sleep did not matter as he had never attended school. He was afraid for his mother's life as this man proved to be violent.
~
On December 28th of his 8th year, Russia witnessed his step father beating his mother to death. She died on the living room floor from plueralpulmonary hemorrhaging and a cracked skull. He laid in the dark, to scared to move, and waited until the morning to see if his mother was okay. She was not. The police came and arrested the step father and the young boys were left in the care of the maternal grandparents, who were very old. From Russia's recollections, his grandmother died a few months after this experience and knowing not what else to do, he took his infant brother and he went to live on the street.
~
No one cared. No one stopped them or questioned Russia. He stole for their meager amounts of food.
~
He lasted as long as he could with an infant on the streets, which was documented as 6 months. Both of the boys became seriously ill with dysentary and somehow, by the grace of God, ended up at a hospital. Russia was 8 years old and weighed 32 pounds. His little brother was close to death and would suffer long lasting results to this day.
~
There is a happy ending...a story of true survival and strength which I have never known. Share this with us as we journey through it. Some of it will not pretty, some of it will be, some of it will make you want to run out and adopt every child you can and some of it will make you think twice before you ever made such a decision.
~
It's real life...and it happens. What does Russia expect to come from this? Nothing. He'd like to someday, somehow find a photo of his mother and to see where she is buried. He needs to remember her face and know she is okay. He loved her and she loved him. He has no interest in going back to his homeland right now. It is far too painful still. He recalls some of his language of origin, but has mentally blocked out as much as possible. Who could blame him?
~
Her name was the same as the princess above...Irina Alexandrovna...one born into wealth and opulence...and one born into the depths of poverty.
~
(Next Tuesday will continue with what happened after the boys were taken to the hospital.)
~
This is Home Girl and I love Russia with all my heart. We are a forever family.
Posted by Unknown at 2:11 PM

Wow - what an interesting story!! I can't wait to read more. I can't even imagine....WOW.

I have 2 adopted kids from Vyshny Volochek ages 11 and 14, who have been in the U.S. almost 7 years now. They are eagerly awaiting the next part of the story!!

He'd like to someday, somehow find a photo of his mother and to see where she is buried. He needs to remember her face and know she is okay.
Please know that it is very possible to do both of these things in Russia. When/if he is ready, I can share some contacts he can use to locate any extended family in Russia to help him fins any photos which may exist and locate the grave. It is not necessary to travel to russia to do this.