Yes, Quidditch Is A Real Sport!

You read that correctly...I said Quidditch, as in Harry Potter, Hogwarts, and Broomsticks.  Quidditch is a fictional sport created by J.K. Rowling as the "sport de rigueur" of The Hogwart's School of Witchcraft and Wizardry.  I know you have heard about it, but did you know that more than 200 colleges and universities in the United States host club level teams?  I wasn't really aware of this fact either, so don't feel bad.

The above video is a really good crash course into the mayhem and excitement of a real game.  It is hilarious.  It showcases what the role of the "snitch" is and how everyone is out to get that snitch!

I do happen to know a player on the Virginia Commonwealth University Quidditch team, The Wizengamots.  In the Harry Potter Series, The Wizengamot serves as the wizard high court of law and let me tell you, these young people really serve up some notice.

The Wizengamot of VCU has a big game tomorrow against The University of Virginia and I wanted to do something really cool for my favorite player and his teammates, so I made special Quidditch cookies for them.

I hope they are as thrilled about eating them as I was in making them!! 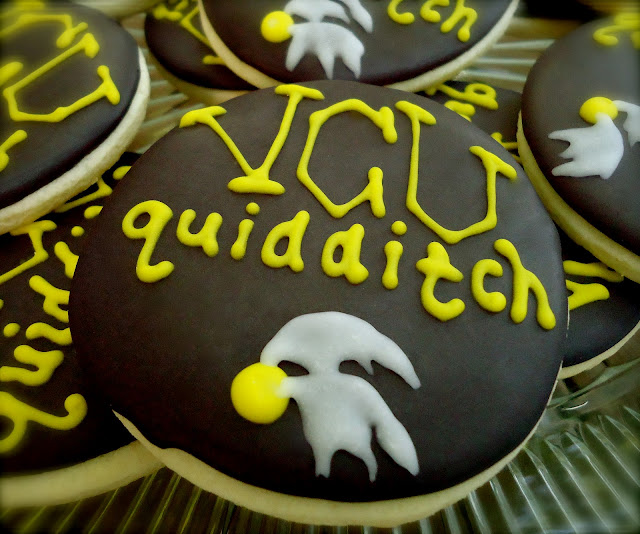 I just love how the golden snitches turned out!

Thank you again to The Bearfoot Baker for hosting another Cookie Linky Party!  I love seeing what everyone else is up to!  Go on over there and see for yourself! 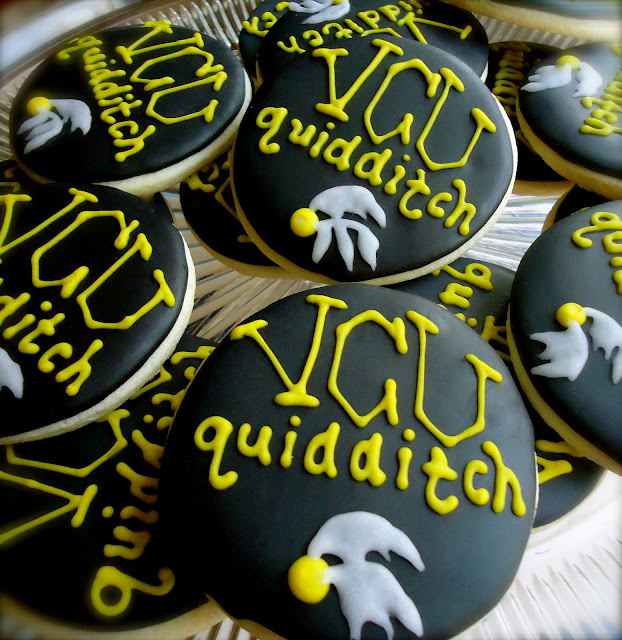 This is Home Girl and the only time I cheer against The University of Virginia, created by my historical crush, Thomas Jefferson...is anytime they play Virginia Commonwealth University!! Go Rams!  (I'm postive TJ would forgive me.)