I read an article yesterday in The Virginian-Pilot, our local newspaper, that featured a article by Steve Hendrix for the The Washington Post.  I encourage you to waste several minutes of your life in reading "said article".  This article struck a chord with me for some reason and I feel the need to defend my view, so, here we go.  Home Girl vs. The Washington Post.

Look at me being all "letter to the editor" like?  I must be growing up.

I am assuming that you have already read the aforementioned piece, by now.  Correct?  Good.  There are several key points that I would like to address.

Dear Mr. Hendrix, kind sir from The District of Columbia, I do hate to inform you, but Washington, D.C. and Northern Virginia have never been considered "southern".  Not in my book, at least and this comes from a truly Southern lady who has spent more than forty years living in Southern Virginia.

Yes, it is under the Mason-Dixon line, but that line was installed for geographical purposes, not to describe the lifestyles of it's people.  Washington D.C. and outlying Northern Virginia is a hodge podge of nationalities, it's people coming from all over the United States of America and other countries.  That is the way it was planned to be.  Of course, with the invention of modern transportation over the last 100 years, the numbers of influx have dramatically inclined..and yes, I will assume at some point D.C. was quite Southern and genteel, but to say that Virginia is losing it's Southern~ness is just...well, it's stupid.  Northern Virginia has historically been the little sister of D.C. and Baltimore, Maryland.  Southern Virginia is just that Southern..we ride or die with Richmond.  You can not live in this Commonwealth and not know there are two definite sections to the state...well, even three, least I forget Southwestern Virginia.

True Southern Virginians know that Northern Virginia never has been and never will be Southern.  It did not take two scholars wasting time with a phonebook researching business names to figure this one out.  The true line dividing the North and the South has always been Richmond.  Duh.  When coming in from D.C., driving South on I-95, one can feel their heart rate go down, smell the sweet breeze of southern goodness, and inherently begin to talk slower, taking the time to pronounce each syllable.  It's an unavoidable act of nature.

By the way, I wonder if tax payer dollars were used to fund this scientific research.  Gah.  Seriously, they based their findings on the number of businesses that had the word Dixie or Southern in them.  Are you friggin' kidding me?

The south is not losing it's accent due to the Mason-Dixon line being moved.  It has been losing it's accent because people have got to move away in order to find long term, meaningful employment.  Others move into the area to feed the large contingent of military bases.  I know plenty of people that speak with the same accent as I, but even that accent has evolved and changed over the years.  Evolution happens and while I plan to protect my little portion of the Southern Virginian Sub Culture, I know life will continue to alter to the point where one day, there will be little Southern/Northern cultural diversity.

Instead of spending the time and effort to research something we have already known about for years, why don't you figure out ways to preserve the benefits of being Southern...those wonderful things that make us who we are...

Southern Americans, we're more than just the words Dixie and Southern.  We are Ham, Peanuts, Nascar, Colonial, Barbecue, Bourbon, Quilts, Cornbread and that's just naming a few...we have pride in our Southern ways and I doubt any of us are ready to throw in the towel on our Southernality.  Yes, that is a word. 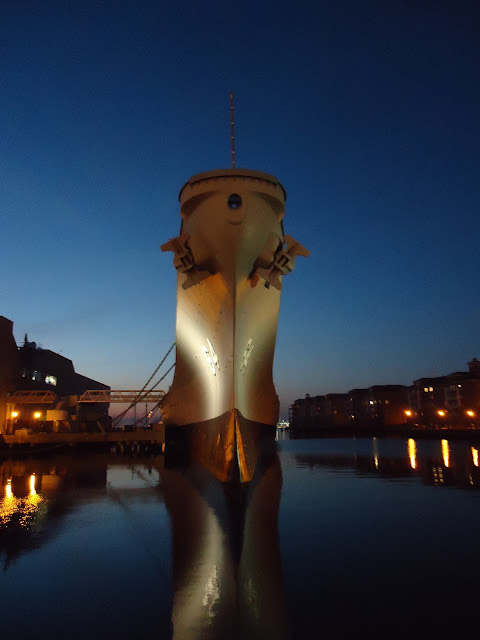 This is Home Girl and I know who I am...I am Southern Born and Southern Bred, I will be Southern until the day, I am Southern dead.
Posted by Unknown at 10:10 AM

At the risk of TOTALLY infuriating you, I gotta say that I DO think Virginia is loosing its "southerness". With the military influx in Tidewater, there can be no doubt that it just isn't real south. Even Richmond & Charlottesville have been populated with large numbers of folks from northern states. If you are looking for "south" in Virginia, I think you have to look just above the NC line in eastern Virginia heading all the way west to Roanoke. (But that's just me...)

One can never infuriate me!! I am just speaking from a native's point of view that NOVA was never really Southern to start with.

I feel the same way...I will always and FOREVER be a Southern gal...and PROUD of it!

So, it took at least two "professionals" to figure out Richmond was where Southern VA starts.

Really? Y'all--I would have told them that for free.

Then, I read about the writer from the "esteemed" The Washington Post, who more prominently writes for the "Travel" section. He's a Georgia boy whose mom wore her mink stoles to the local football games, and taught the first gifted and talented 7th Grade class in her district ---during the difficult times of integration.

So I cut him a little slack--like Southerners do.

grits with bacon and cheese please :) and yes talk slower cause i dont hear quite that fast!

NoVa is not southern. I know my southern, and it ain't NoVa. The end.

I love Southern food by the way.

You have GOT to send this in!

I agree. An open letter would be good, but argueing the point would be like mud-wrestling with a pig. There will always be a north, with its attitude and there will always be The South, with its hospitality. It's been that way since 1607. Maybe before. Just as there is a left coast and a Right Coast. I'm glad I proudly represent two of those.